"We cannot expect the same people who got us into our problems to get us out."

To weaken the power and influence of hierarchy conservators, or HiCons, or to get them out of our way, we can use one or more of these ten strategies:


1. Stop listening to the top.

Now is the time to realize that people at the top are clueless and to stop listening to them. Instead, we turn our heads OUT - not UP - for fresh views and perspectives outside the hierarchy.

We are programmed from birth to pay attention to the needs and views of people at the top, and to trust them for guidance. However, their decisions are rarely based on information, compassion, understanding, truth, or the real perspectives and needs of the rest of us, or the country as a whole. 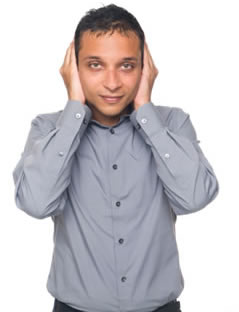 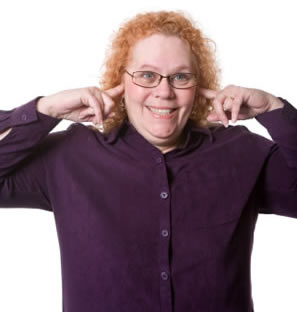 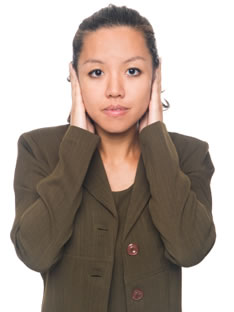 2. Remember — it's NOT just another opinion 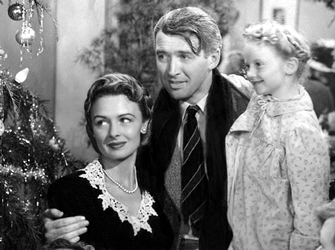 Trying to convince the clueless top to come around wastes valuable time and resources and our anger and frustration decreases our effectiveness.

In the Frank Capra movie "It's a Wonderful Life," George Bailey did not wait for Mr. Potter to change his mind before he built affordable housing in Bailey Park. 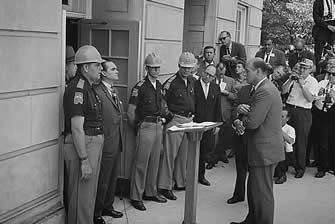 The trends of the United States since 1776 show us that people supporting hierarchies will look absurd in the future. There will always be people who will bring up the rear in the wave of change. They may come around one day, but we can't wait for them.

Where would civil rights be today if leaders had waited to convince then Alabama governor George Wallace to change? Even though later Wallace apologized for his earlier segregationist views, civil rights leaders had to work against and around Wallace in the 1960's.

If we encounter a roadblock, we keep the conversation on our frame of hierarchies/status quo versus fairness and equality/change. Historical trends and the national ideology of liberty and justice for all are on our side. We move beyond discussion of differences of opinion and "moral" argument. We call the game on our turf.

We no longer point fingers or make accusations of wrong or right or judge character. Our questions: Are you building a hierarchy, or not? Are you creating a barrier to the best of American values, or not? We back up our answers with the consistent and predictable attitudes and behaviors that we observe. 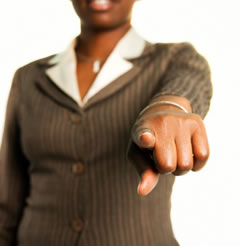 People at the top take challenges to their positions very seriously. They act quickly and forcefully to confront threats, especially frontal attacks. The rules of hierarchies allow those at the top to justify using any and whatever tactics keep power at the top. Even the smallest question can feel like a threatening attack. Accusations of lying, lapses of morality, bad character or other personal attacks keep us engaged in open battles.

The wisdom of martial arts gives us an alternative. When opponents come toward us, we accept their energy, move with it, and then deflect, thereby using their motion to our advantage. We avoid a tug-of-war of different opinions.

We do not argue in their arena where they have the advantage. We avoid a tug-of-war of different opinions. Instead we move their energy into our frame of reference.

When we encounter a HiCon moving toward us, we move their energy into our frame of reference. We stay centered on what we know and can depend on - HiCons support the hierarchies that are opposite of our national ideology, and their positions in those hierarchies render them clueless. Once that message is commonplace, we will be able to deflect their moves with minimal effort.

HiCons act out in consistent and predictable ways. When we become familiar with these actions, we are no longer surprised and caught off guard. We expect the actions of HiCons and are ready to deal with them on our terms.

The roles of hierarchy conservators are especially easy to spot because they are obvious from the vantage point of the rest of us, who can see the entire hierarchy. The consistent attitudes and behaviors are described in the CLUES. 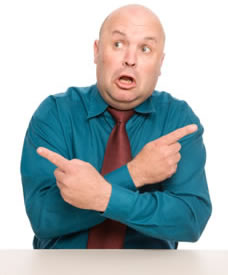 We can predict the strategies that HiCons will use when a personal conversation or presentation does not support their hierarchy:

HiCons will take over and try to stray off track by switching the focus away from the main topic or issue. Once the conversation moves to a small piece of the entire picture, they will pounce. They will demand explanations that they then easily dismiss.

HiCons will treat illustrative examples as isolated instances and conclude that the person giving the information is overreacting.

HiCons will readily filter whatever they hear through their stereotypes, judgments, and/or a lack of real information. Since they are cluless about any systemic cause and effect, they want simple answers.

We lose ground the longer the conversations continue. HiCons expect us to be tolerant of, listen to, and incorporate their perspectives. However, they do not feel the need to listen to us. HiCons easily throw out suggestions without a second thought. 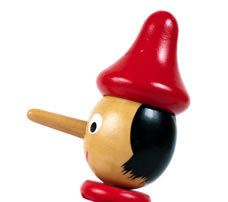 Unraveling the rhetoric of the top is rewarding and entertaining, especially with HiCons who are masters at weaving intricate webs. Our knowledge of hierarchies gives us the skills to reveal and disarm them.

The exaggerations, half-truths, doublespeak, twisted "facts," and outright lies of HiCons can appear reasonable, even compelling, especially when used out of context.

The CLUES give us the framework to keep the conversation on our terms. Role reversals can quickly expose the truth behind crafty hierarchical rhetoric and opinions.

Once we pinpoint a typical top-of-a-hierarchy attitude, we create a situation that leaves HiCons no other option than to either back out or expose their true motives.

We wear our best innocent smiles as we go along with their rhetoric. Meanwhile, we substitute a scenario based on what it would look like if they were really promoting fairness. If HiCons are indeed promoting hierarchies, they cannot disagree with our substitution without exposing their hierarchy.

Creationists want their Biblical creation story to be taught alongside evolution. They use a claim of fairness and inclusion to gain support.

We suspect they are proselytizing. We identify the CLUE "Higher people assume that everyone wants and needs to be like them."

Imagine that American Indians who live near Topeka demand that the Kansas Board of Education teach their creation stories. The tribes point out that Prairie Band Potawatomi, Iowa, Kickapoo, Sac, and Fox creation stories have been told on what is now U.S. soil for thousands of years, while the first white settlers brought the Christian story to Kansas less than two hundred years ago. 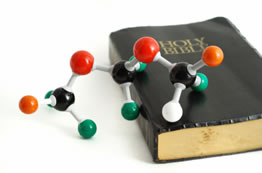 If creationists support the inclusion of all Kansas creation stories equally, then their claim of "alternative explanations" is true. If they accept only the Christian story, then the creationists are using strategies typical of people who build hierarchies: these people assume everyone wants and needs to be like them, and true intentions hide behind rhetoric and noble causes.

People such as Ghandi and Martin Luther King, Jr, have used passive resistance for social change for centuries. Passive resistance works because, given enough rope, people who are vehement about conserving hierarchies will expose themselves in unacceptable ways.

Bull Connor ordered Birmingham police officers and firemen to use dogs and high-pressure water hoses against demonstrators. Images of the resulting mayhem appeared on television and in newspapers throughout the country and helped to shift public opinion in favor of national civil-rights legislation.
- Encyclopedia of Alabama, Auburn University

If we push frontally against the power of the hierarchy-conservators, they will react. People who must maintain their hierarchy often have bigger guns than the rest of us. We can expect HiCons to pull them out when provoked. 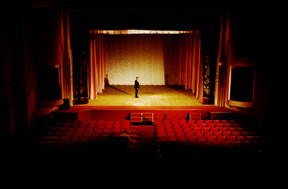 Instead, we set them up with the purpose of calling attention to offensive top-of-the-hierarchy behaviors to the widest possible audience. We do not have to lead political movements the size of those led by Gandhi and Martin Luther King. The same strategy works on a smaller scale. We set the proper stage:

Picture an auditorium, for instance at a high school. You rent the space, sell tickets, set up the lighting, and wait for the hierarchy conservators to come out on stage to perform. You are setting the stage, but it is their choice whether or not to play their top role at that time. You are not responsible for their actions.

It may take some patience to keep giving them enough rope to hang themselves, but it's worth the wait. Knowing the CLUES is essential - for example, the steamroller, people at the top don't see hierarchies, people at the top are not held accountable, and lower people need fixing.

Top people are wonderful advertisements for ending hierarchies when they act out in annoying and repulsive ways. What a great way to market our product of change to the world.

When people from two or more lower groups in different hierarchies stick together, the customary rhetoric and blame from the top becomes much less effective. Tactics that previously worked to silence and discredit one isolated group fall short.

Save Our Cumberland Mountains (SOCM) in Tennessee is one of the nation's most sophisticated and successful grassroots groups. Their former president, Howard White, notes, "If we can show the politicians that we are a multi-race of people fighting for the same cause, it scares them to death."
—Hope Magazine, J/A 2003, p. 47

Individual "isms" (i.e., sexism, racism, etc.) gave us our identities, brought like minds together, taught us about justice, and ushered in decades of change. Now, we can use a language based on our common experiences in different hierarchies to help us form large diverse groups that expand our influence and success. 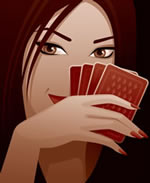 Very important — play it close to the vest when dealing with hierarchy conservators. See #5 above to predict what happens to information that you give to the top.

We hurt our cause when we give clues to hierarchy conservators that will help them appear less clueless, or give them information that will provide them a place to hide. Instead, we set them up to shine light on their hierarchy, or use other strategies.