Those of us who want sustainable, permanent change in today's political climate need to be able to recognize the differences between a hierarchy and a religion.

Some of the most stalwart and powerful hierarchy conservators in the United States claim they have the support of a deity when actually they think and act to further the cause of their hierarchies. They expect that their alleged divine connection should keep them immune from scrutiny or criticism. 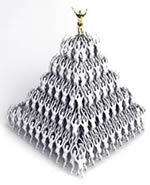 Have you noticed that all over the world, in past and present, if cultures are hierarchies, their deities look like and talk the same line as the people at the top?

What if we were to wake up tomorrow and find that Chinese American women had suddenly moved up to the top of our country's hierarchies? How would our hierarchical religions respond?

They wouldn't want to be worshipping an inferior deity — a white male. They would need for our deity to reflect the most respected, most powerful type of person in our society. 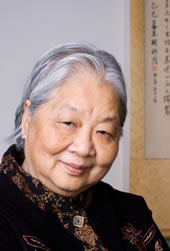 We can imagine it wouldn't be long before they would start talking seriously about a change in their deity. Probably, the Chinese American women would demand a change in order to maintain their high position. To keep their hierarchy strong and healthy, they would need a deity who looked like them.

Where Did God Come From?

Would We Be Different?

If a deity were to reflect the characteristics of lower groups, it would be hard to excuse the judgments and control tactics that keep these same beings in lower roles.

How would the history of the United States might have been different if people had recognized another deity: 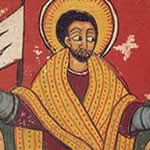 If Western Europeans had followed a deity that said it was wrong to kill "heathens," would American Indian nations have been destroyed?

If white people had displayed pictures of dark-skinned deities in their houses of worship in the last century, would there have been so many lynchings and so much burning of African American churches?

If our legislators had worshipped a female deity, would women have had to struggle so hard for the right to vote?

Those examples reflect our past. What about today?

If our deity exhibited the enjoyment and fun of sexuality, would people feel shame and guilt about developing a healthy, vibrant sexuality?

If our deity had a partner of the same gender, would gay men and lesbians be harassed and killed, and would hierarchical religious leaders fight against marriages of same gender couples?

If our deity were in the form of an animal, would our society allow the torture of animals in laboratories and on factory farms? 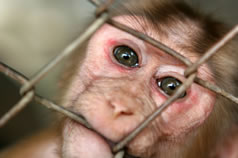 It's up to us to call attention to the fact that freedom of religion is not the same as freedom to promote discrimination and hate. When hierarchy conservators use religion as a shield, we need to be bold and move the focus from the language of their religious dogma to the language that describes the hierarchies they create.

When we see hierarchy-conservators hide behind religion, we no longer look the other way, stand by in silence, and refuse to challenge them in the name of "religious tolerance." In reality, they are demanding "hierarchy tolerance," and we must stand firm about the distinction.

How Will They Act?

When we hear a claim that one's religious beliefs and deity are superior to others, we need to take notice. This assertion - a strong indicator of a hierarchy - gives us an opportunity to predict attitudes and behaviors, without knowing anything about the religion or spirituality. 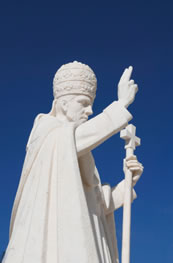 It's predictable that any religion that creates a hierarchy among religions -- meaning one religion is better than all the rest --would of course put itself on top.

Higher people assume that everyone wants and needs to be like them.

We can anticipate that people in the religion would believe that (1) people not in their fold are flawed, and (2) these people originally assigned to their lower ranks will ultimately learn to appreciate, accept, and benefit from efforts to help or save them. 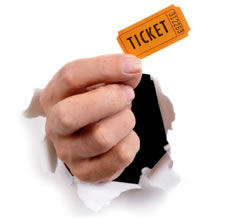 We won't be surprised when the followers of these religions use hierarchical tactics such as shame and guilt to keep members engaged. The use of fear can bring converts to their religion, for example when they claim to be the only ones offering "tickets to heaven." Hierarchy conservators have used political, economic, and military force in the name of a deity for thousands of years.