What is a Hierarchy?

hierarchies
the object of the
game is to climb up ladders

"higher" people are accountable to
build and maintain hierarchies, and to
channel power and resources to themselves

"lower" people support and hold up hierarchies,
send their power and resources to "higher" people,
and look to the top for direction, permission, approval 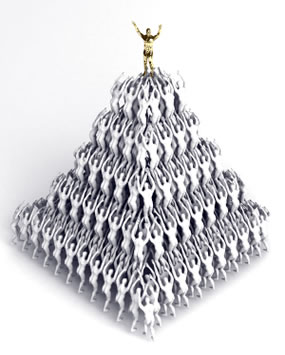 Many of us visualize a hierarchy as a pyramid. We imagine large numbers of people on the bottom levels, and progressively smaller numbers on each level moving up the pyramid. Many well-known hierarchies are pyramidal, including corporate, government, and religious organizations. The majority of hierarchies, however, have other configurations.

Shape is an unreliable indicator of the presence of a hierarchy. They appear in a great variety of configurations and number of levels.

Likewise, the size of hierarchies varies greatly. They can be built with two entities or billions of participants. 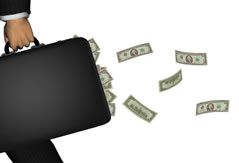 • Some have a small number of people on the top with everyone else in lower levels. In the United States, the richest 1 percent owns 40 percent of the country's resources. 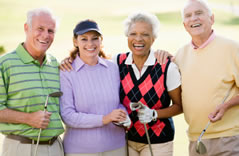 • Others have few levels with fairly equal numbers in each level. The gender hierarchy has approximately the same number of people in each level. 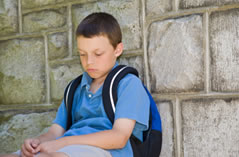 • Some have more people on the top than on the bottom. When one child in a classroom is picked on or shunned by all the other students, it's lonely at the bottom.

When the hierarchies of the United States were at their strongest, almost everyone fully participated - by choice or coercion. The responsibility for building and maintaining this system was spread among many people.

Now, most people are actively supporting the opposite ideology. Therefore, the base from which to draw the energy and resources it takes to maintain hierarchies is steadily declining. The responsibility formerly carried by two hundred million people is now being carried by a fraction of that number.

Shifting on a Seesaw

A see-saw on a playground can be used as a model to illustrate the shift in power over the last two centuries - a move from dominant hierarchies to a community-based, diverse society that strives to benefit all.

Imagine children sitting on a see-saw on a playground. The children are sitting opposite to one another, on a long board, with a fulcrum in the middle.

On a see-saw, two factors determine the amount of force each side can exert relative to the other side. The first factor is the weight and the second is distance from the center fulcrum.

According to the laws of physics, those who want to conserve hierarchies (hierarchy-conservators) can hold on to power in two ways:

1. Gain weight. The first option is to regain weight - to lure back supporters. Hierarchy conservators (HiCons) are using the same tactics that have worked so well for centuries - aggression, scarcity, violence, fear, and intimidation, to name a few.

2. Increase distance. The second option is to move farther away from the center. The rhetoric, tactics, platform and actions of HiCons have become increasingly extreme in the past fifty years. They have felt their power continually erode as the result of the political/social movements since the 1960's.